The National Black Belt grading took place on the 26th of April 2015 at the T.A.G.B. Headquarters in Bristol. Students were put  through their paces to demonstrate their theory of Taekwondo, technical skills, as well as their pattern knowledge, application of self-defense and sparring abilities. The students were examined by a panel of Masters and Senior Instructors of the T.A.G.B. in what proved to be a technically and physically demanding grading.

Rhydian and Rory represented their school and Instructor in the very best light, and have now become role models and inspiration for other students at the club by joining the Black Belts ranks!

The many years of dedication, hard work and consistent training have finally paid off! 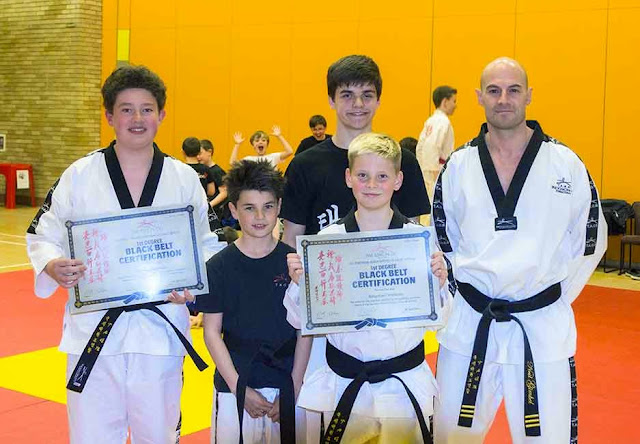 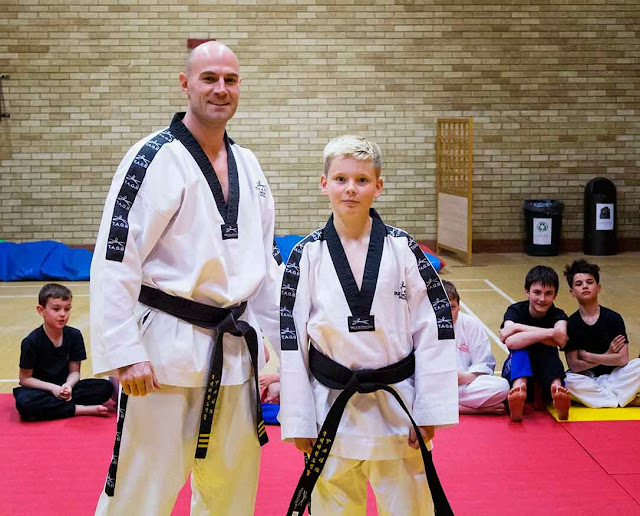 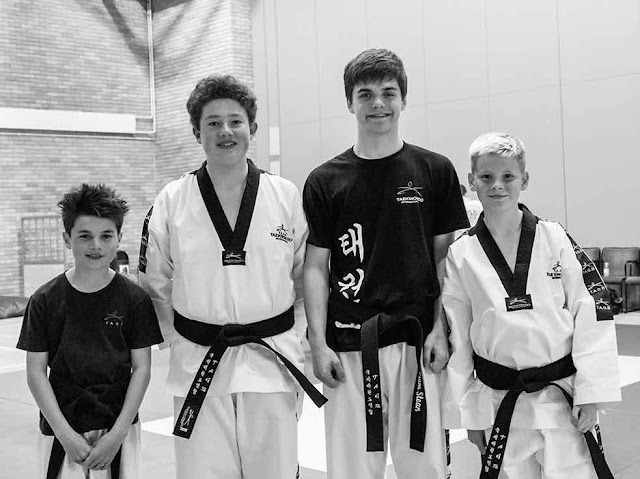 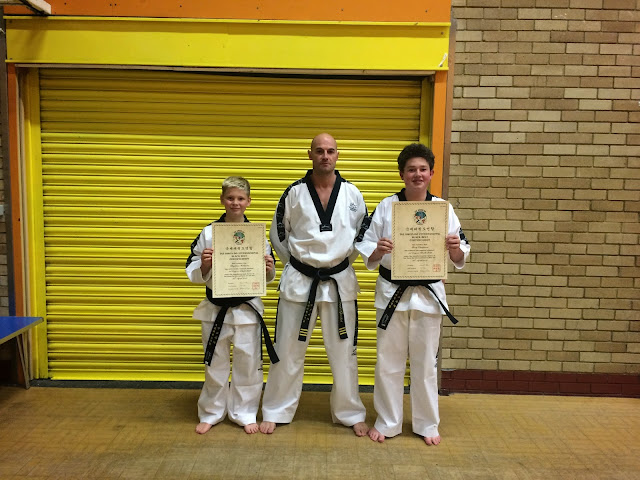 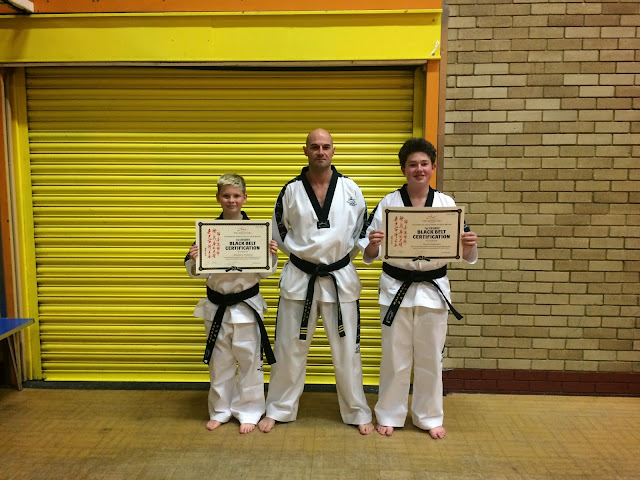