I am very pleased to announce that Will has achieved the rank of Taekwondo 1st Degree Black Belt after recently taking part in what proved to be a very busy and demanding Black Belt grading!

The National Black Belt grading took place on Sunday the 24th of April 2016 at the T.A.G.B. Headquarters in Bristol and was led by a grading panel of World Masters and senior Instructors of the T.A.G.B. All students were asked to demonstrate their theory of Taekwondo, technical skills, as well as their pattern knowledge, application of self-defence and sparring abilities.

William represented his school and Instructor in the best way possible and has now become a role model and inspiration for his training partners by reaching the rank of Black Belt!

After all the extra hours of training leading up to the big test and nearly six years of consistent training, dedication and hard work, this is a fantastic result and great achievement!

A special mention also goes to two of our existing junior Black Belts, Jake White and Rhydian Williams who tested for their first Star at our recent colour belt grading! These examinations are a way for our talented juniors to progress along the Black Belt syllabus until they’re old enough to take part in their 2nd Degree grading. The boys were very successful and are now 1st Star Black Belts! 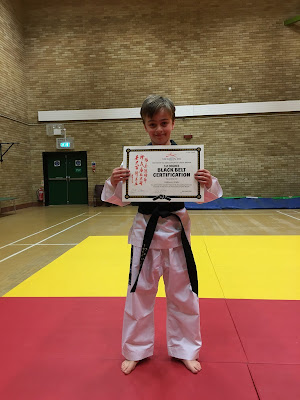 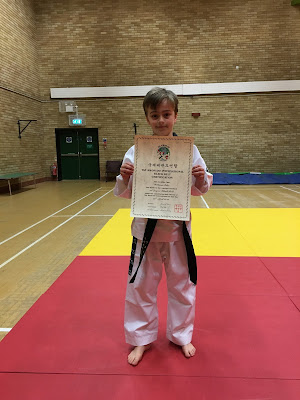 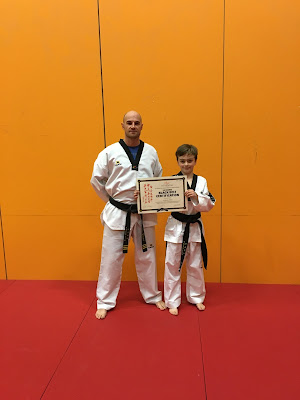 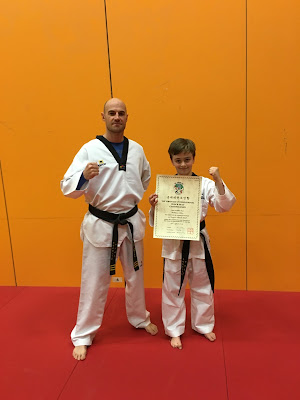