Tuesday, July 19, 2016
Massive congratulations to 14 years old Ben Arnesen from Cowbridge on placing third at the recent Taekwondo International World Open Championships!
The tournament took place on the 16th and 17th of July 2016 at the Birmingham Barclaycard Arena with upwards of 3,000 competitors coming from all over the World to test their skills and battle it out in the different aspects of Taekwondo.

The competition was a huge success and ran perfectly over the 2 days to accommodate the thousands of competitors taking part in events such as traditional and musical patterns, point stop and continuous sparring, destruction and International Teams sparring event.

Ben took a hard fought Bronze medal in the junior red belt heavyweight sparring division after 4 gruelling fights, only narrowly missing out on a place in the finals. This is a fantastic achievement for Ben and a great follow up to his recent third place at the Welsh Open Championships earlier in the year! Ben is the first student at the Cowbridge Neil Gimbel Taekwondo school to get a medal at a World Championship level and is now a role model and inspiration for all his training partners! Years of dedication and consistent training is starting to pay off and Ben's instructor has no doubt that this is only the beginning of a great sporting journey and that more amazing results will follow! Well done Ben! 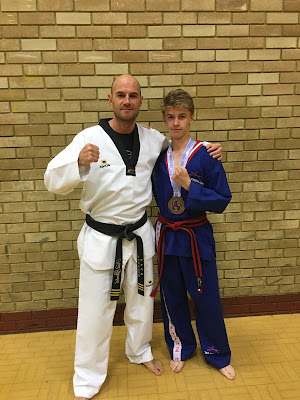 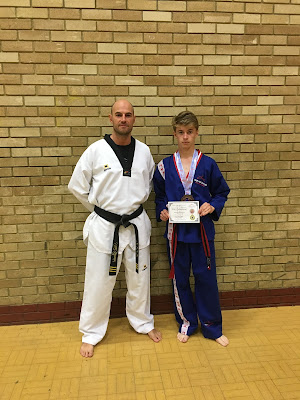