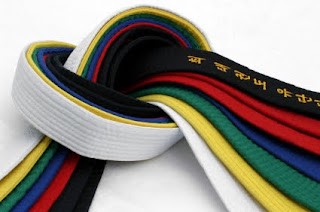 Grading will be between 17:30 and 19:30
Groups and times for your grading:
GROUP 1: 5.30pm to 6.15pm - WHITE BELTS - YELLOW STRIPES - YELLOW BELTS - GREEN SRTIPES
GROUP 2: 6.30pm to 7.15pm - GREEN BELTS - BLUE STRIPES - BLUE BELTS - RED STRIPES - RED BELTS
There will be no spectators allowed in the grading and all results will be given in the next class.
Grading forms for students eligible to grade will be given out in the next few classes.

The grading form must be completed and returned with the grading fee plus an up to date T.A.G.B licence, no later than 7 days prior to the arranged date.